Botanical illustrator Zeng Xiaolian has devoted six decades of his life to painting biodiversity and capturing the richness and beauty of nature.

As one of China’s best-known illustrators, Zeng has worked on a dozen biological science titles, including Flora of China and Flora of Yunnan.

After retiring in 1997 as a senior engineer at the Botanical Research Institute of the Chinese Academy of Sciences, Zeng focused on capturing birds on canvas and ecological landscapes.

At the entrance to the exhibition hall is a portrait of Zeng Xiaolin photographed by Liu Heung Shing.

An ongoing exhibition titled Imagine Nature Before and After Photography at the Shanghai Center of Photography features about 40 of Zeng’s illustrations of flowers and birds. Most of the sketches were made after 2020.

“I hope Shanghai people can feel the breath of Yunnan’s nature,” said Zeng, a Yunnan native.

The exhibition, which opened in March, has been extended due to the lockdown caused by the pandemic. It ends next week.

In fact, the museum had to temporarily close again last week due to the resurgence of COVID-19. SCOP will also be hosting three online tours on July 24th, 27th and 31st for those who missed the show. 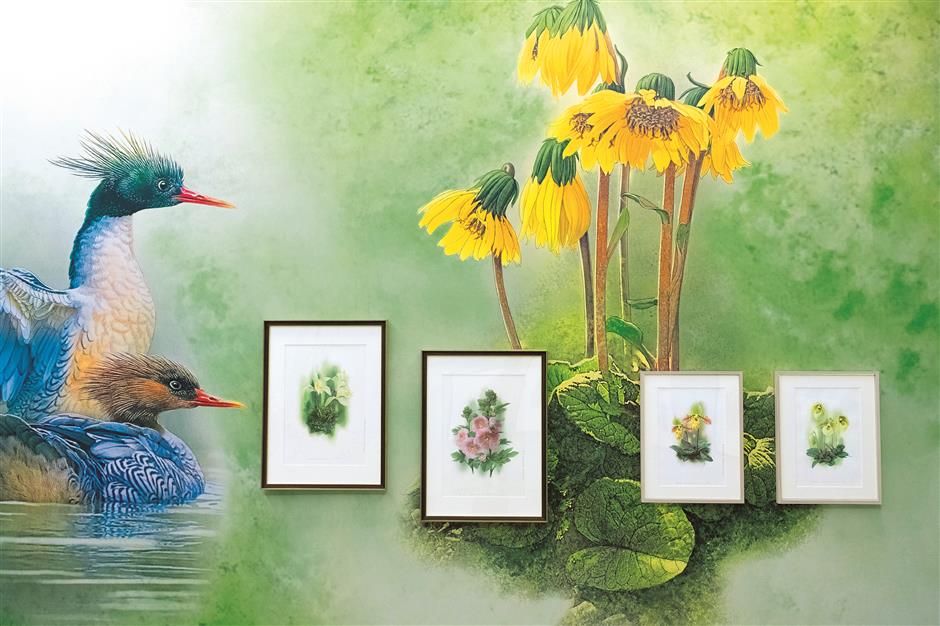 Part of the ongoing exhibition “Imagine Nature Before and After Photography”

“I was really touched when I saw his work. They are truly an expression of truth, rich in detail and more experimental than the work of many contemporary artists,” said curator Karen Smith.

“What he did is photography itself,” she added, which aims to capture the original look of a given object.

Before the invention of photography in 1839, botanical illustrators chronicled the forms and habitats of plants based on their own observations, memories, and quick sketches.

As technology advances, one of the most debated topics is: can photography replace painting, especially realistic painting? 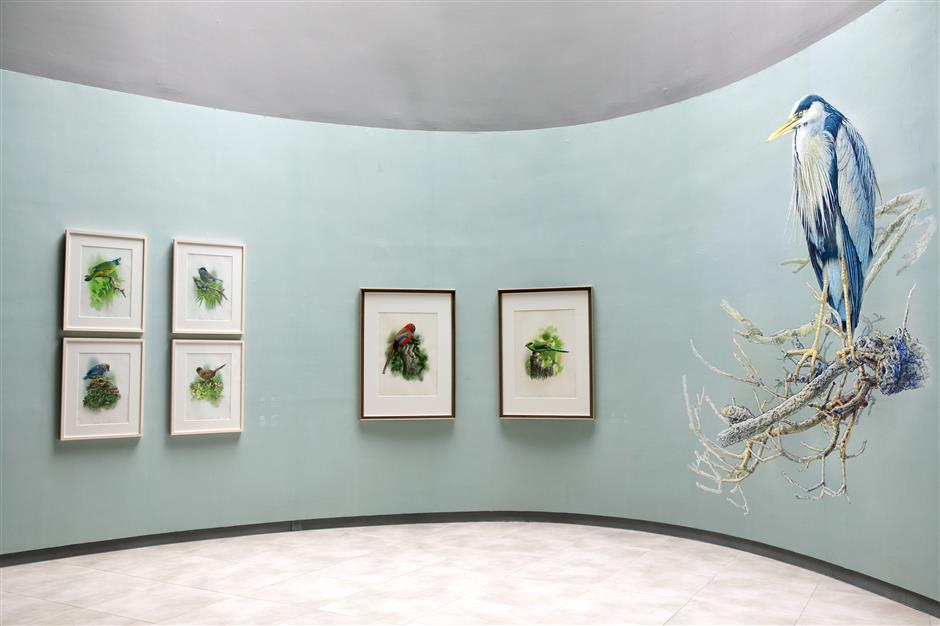 This exhibition aims to answer this question. Alongside Zeng’s illustration art, photos and artworks by Chinese and foreign artists such as Nobuyoshi Araki, Liu Ye, and Giovanni Ozzola will also be presented to show how closely related, complementary, and mutually beneficial the two art forms are.

“Modern realistic painting is not possible without photography,” he said.

“In the 1970s I couldn’t afford a camera and had to rely on sketching and memory. It was very demanding and quite intense. Sometimes I had to paint non-stop for five hours and didn’t dare waste a minute at lunch because the light and shade are constantly changing and a flower can grow into a full bloom,” he said. “Now I can take 100 photos in half an hour make, from all angles and full of details.” 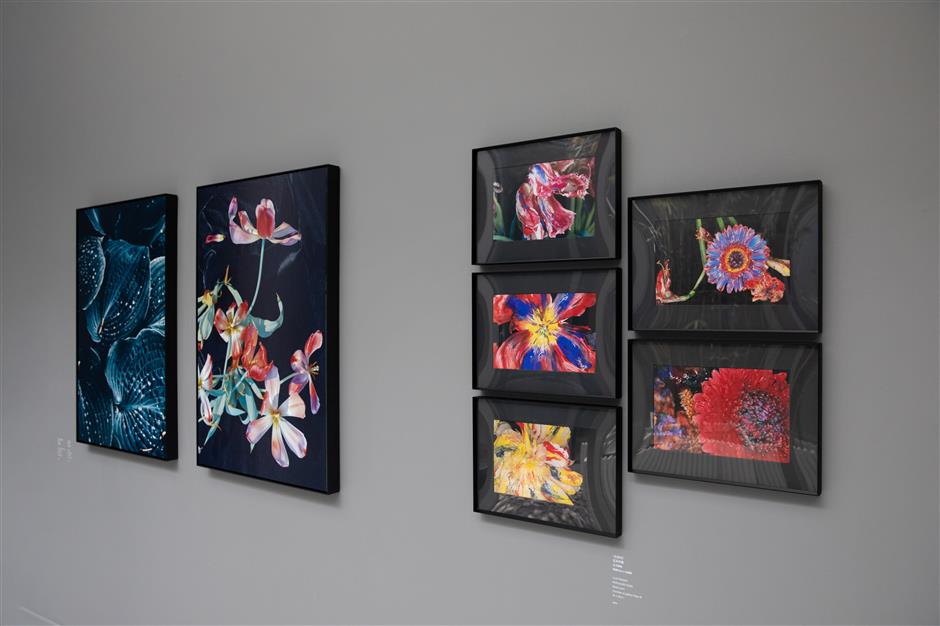 Cameras also help capture momentary motion, such as the minute a bird spreads its wings as it takes off.

The bird pictures shown in this exhibition were all created from photographs authorized by Zeng’s friends. For each piece, he had to consult ornithologists to find out its category, Chinese and scientific name, and habitats, habits, and distribution areas. Accordingly, he outlines the background.

“Biological illustration is an art of function. It’s not just fine art. You can’t scribble all you want. People need to identify the species from the paintings,” said Zeng. 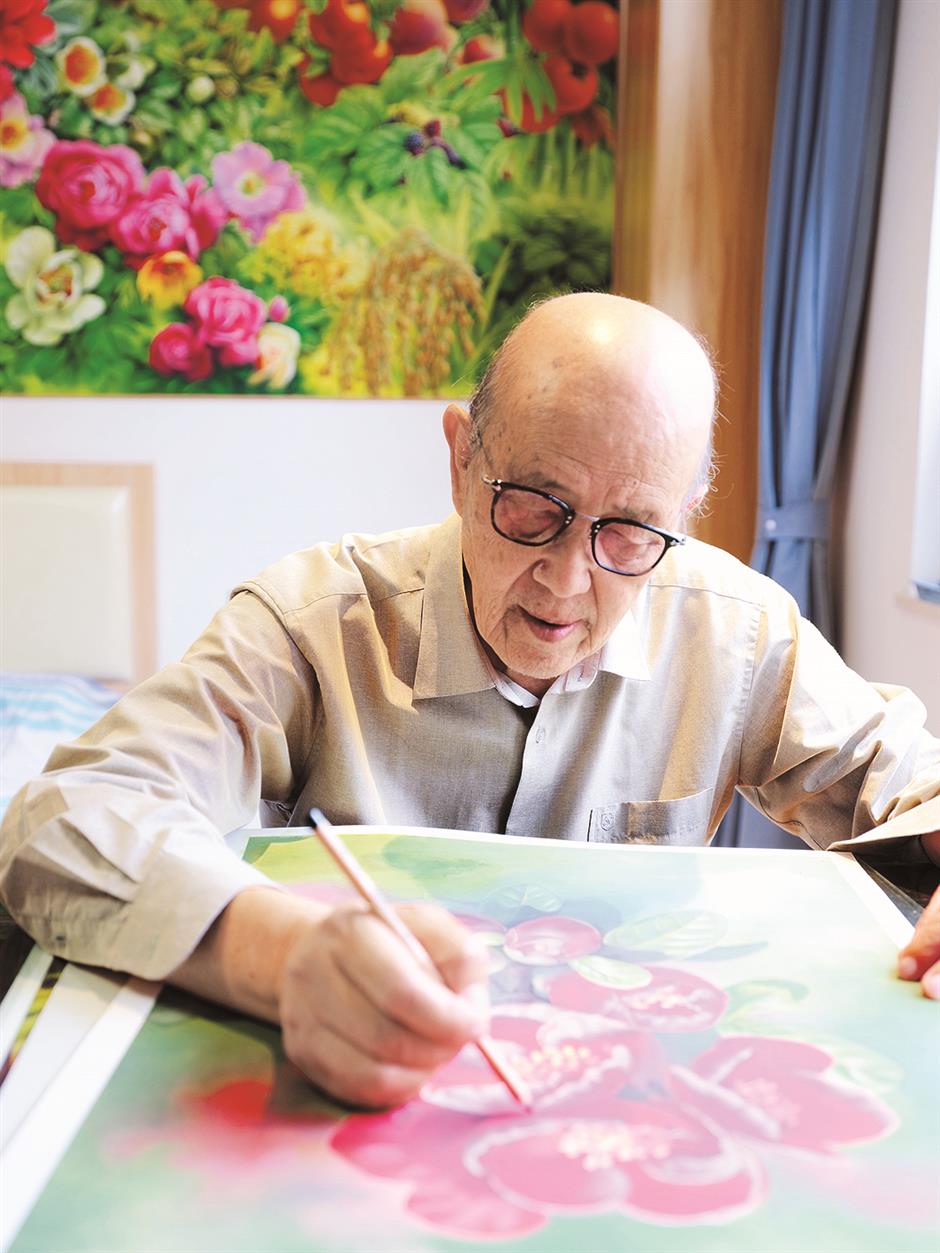 When Zeng joined the Kunming Institute of Botany of the Chinese Academy of Sciences, he was commissioned to work on the 80-volume Flora of China.

It took 164 illustrators, more than 300 plant taxonomists and 45 years to complete the masterpiece.

Zeng urged his colleagues to leave the institute, research the archives, be with nature, and draw something that would appeal to the general public.

“Now I’ve added light and background to make it more vibrant and popular so viewers can find it more accessible and connect more easily.” 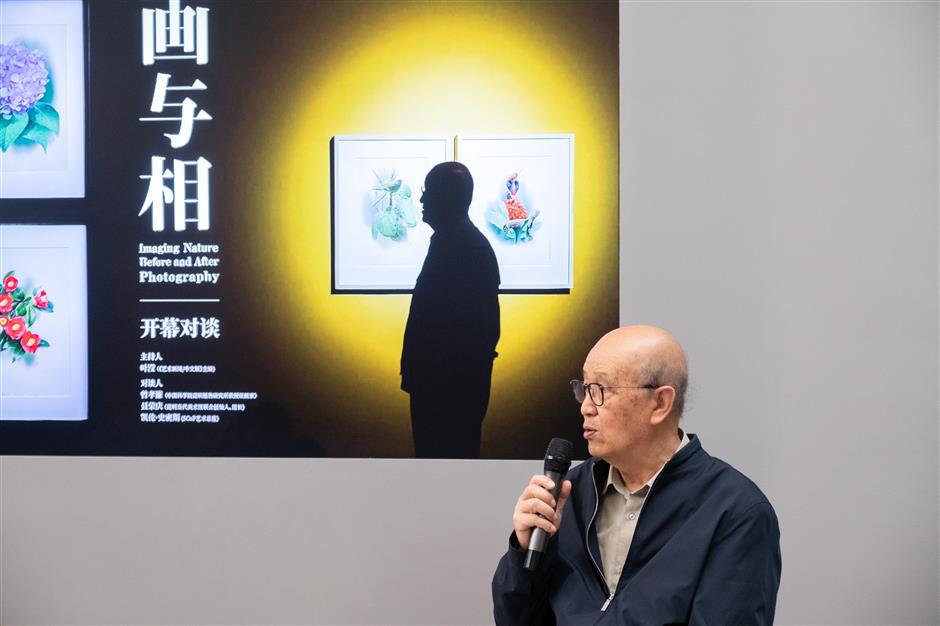 Zeng speaks at the opening ceremony.

“Some artists would call it a doodle,” Zeng joked.

He bought electric mills after visiting a jade market in Kunming. In the bird pictures in the exhibition, the lightest spots on the feathers are scratched with grinders, not painted.

On coated art paper, he used a cutter to create small white lines between black lines to add detail. 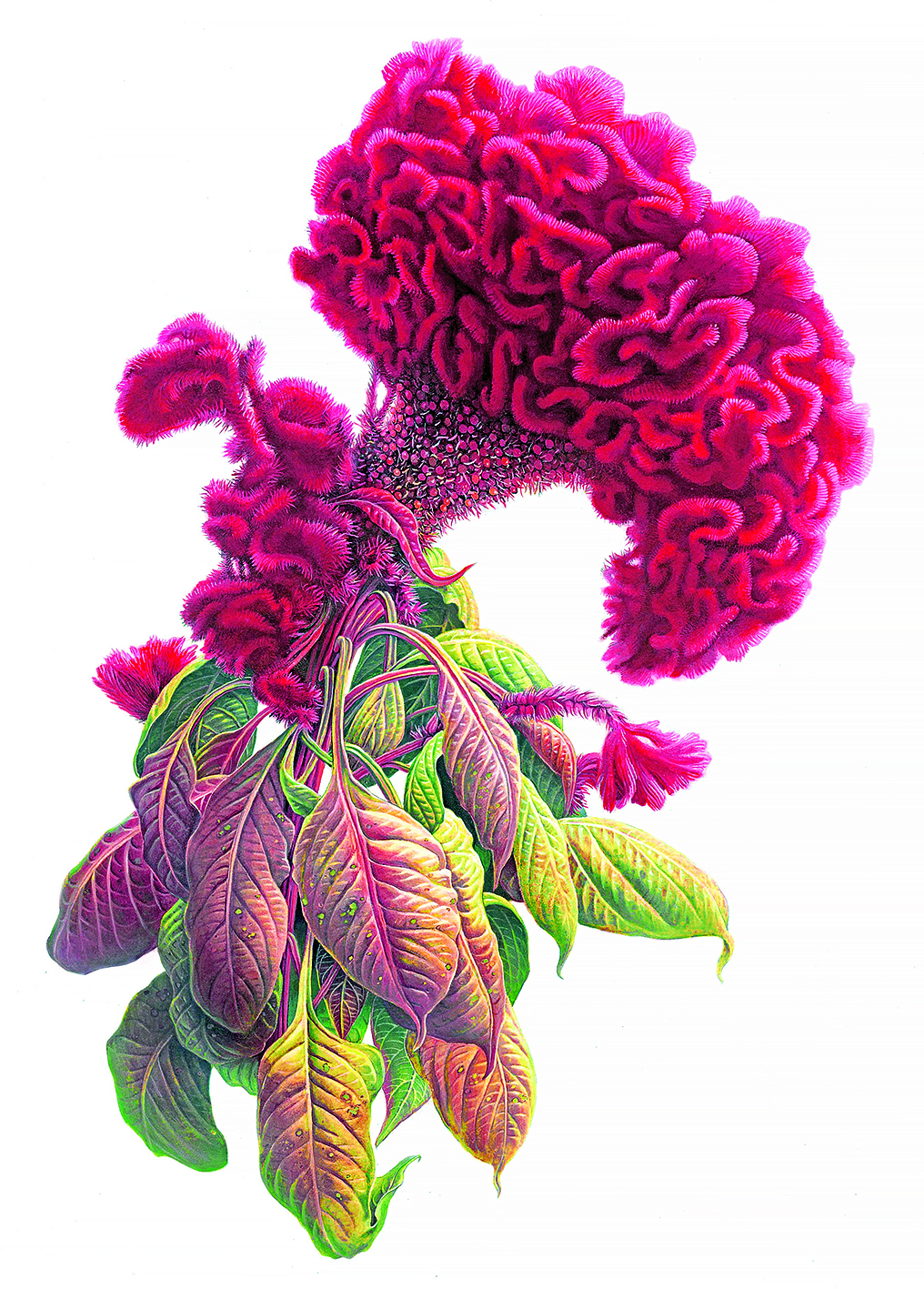 But he warned newcomers not to copy him.

“It’s my way of being efficient, inclusive and open,” said 84-year-old Zeng.

“I don’t care about rules.”

Quoting from a Buddhist text, he said: “After years of practice one learns that there are no fixed methods as to what exactly the path of life is.”

“Time flies. But there is so much to paint.” 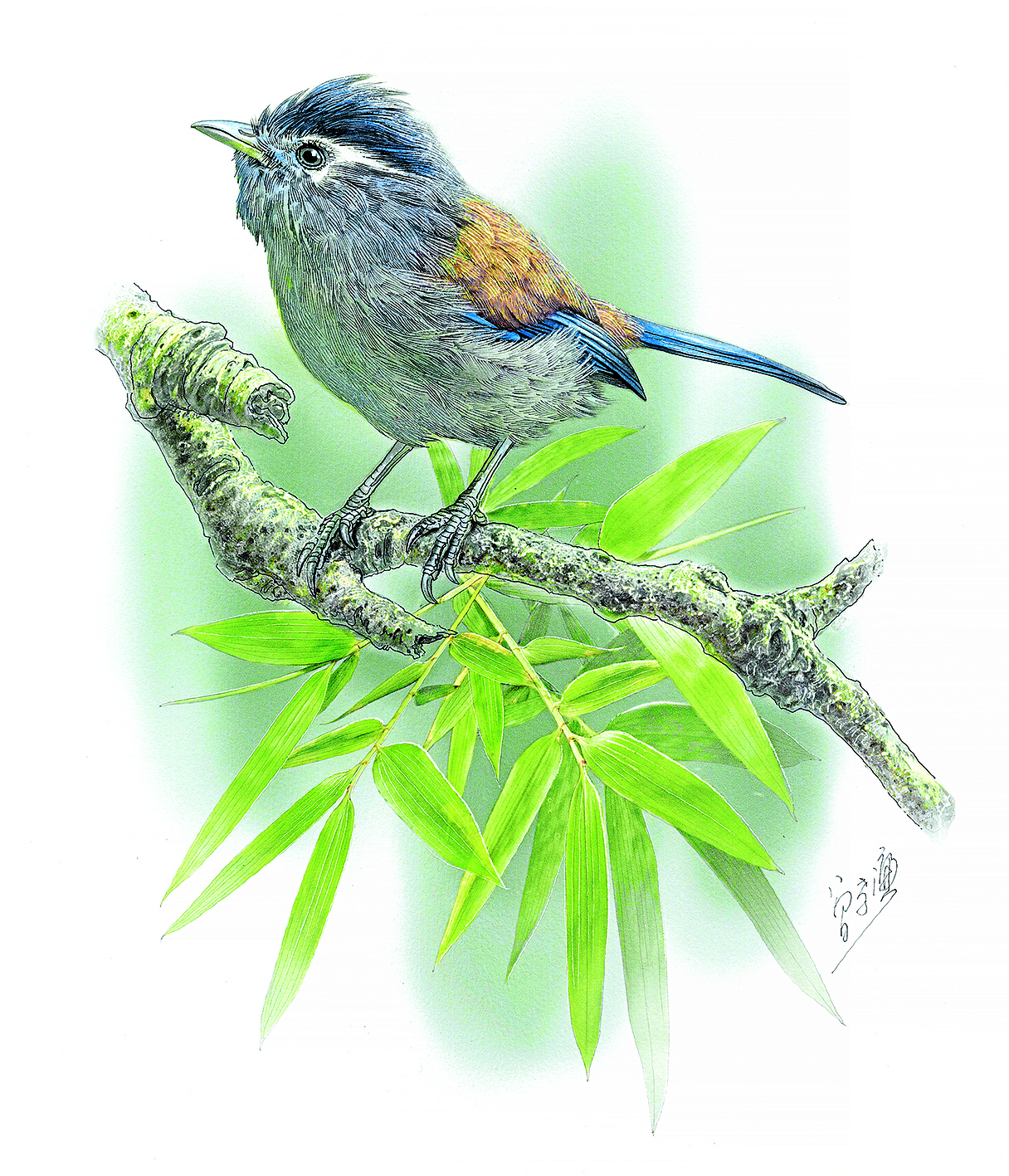 Working eight to nine hours a day, Zeng hopes to complete his pet project in the next three years: 100 Ecological Landscapes.

This series will be much larger, each of them measuring 1.6 meters in height and showing diverse ecosystems such as rainforests, alpine coniferous forests and temperate mixed coniferous and deciduous forests.

Instead of the usual acrylic oil, he uses traditional Chinese painting.

“I hope heaven blesses my hands and they don’t tremble,” said Zeng. “I can still paint with the magnifying glass.

“I will continue to paint until I die.”

The poster for the exhibition

Imagine Nature Before and After Photography Online Tour.