After the Fall – an exploration of grief, faith and the end times
Flinders University Art Museum

After the fall is the latest iteration of the Guildhouse Collections Project, allowing artists to delve into some of South Australia’s significant public collections. In this case, Elyas Alavi, Kate O’Boyle and Louise Haselton have delved into the European print collection at Flinders University Museum of Art (FUMA) and created new works dealing with grief, faith and the end times.

Curated by Alice Clanachan, After the fall was originally inspired by the biblical case represented by the print A in the FUMA collectionMother and Eve expelled from paradiseby British artist John Martin (1789-1854). In this work, Martin illustrates a scene from John Milton’s paradise lost , where Adam and Eve are banished from the Garden of Eden by God for eating the forbidden fruit. As God had promised, they became mortal.

As Alavi, O’Boyle and Haselton have explored different areas of the European print collection, their selection has become a cohesive exhibition about art’s role in making sense of a fallen world. New works sit alongside important historical pieces, creating a narrative of how artists have responded to wars, pandemics, ecological collapses and social upheaval from the Renaissance to the present.

Some of the historical prints shown in After the fall at FUM. Photo: Sia Duff

Alavi, a Hazara refugee born in Afghanistan, often explores notions such as displacement, memory, migration and identity in his practice. For this exhibition he has created new works that refer to the fall of Kabul to the Taliban on the night of August 15, 2021 and the subsequent collapse of the Afghan government.

The video work Tamam(a Farsi word meaning “the end” or “ended”) includes cellphone footage of the streets of Kabul in the days following the fall. Alavi’s interest in the prints of Francis Goya and Jacques Callot can be seen in his paintings Drowning I and IIdepicting the horrors and suffering of war. 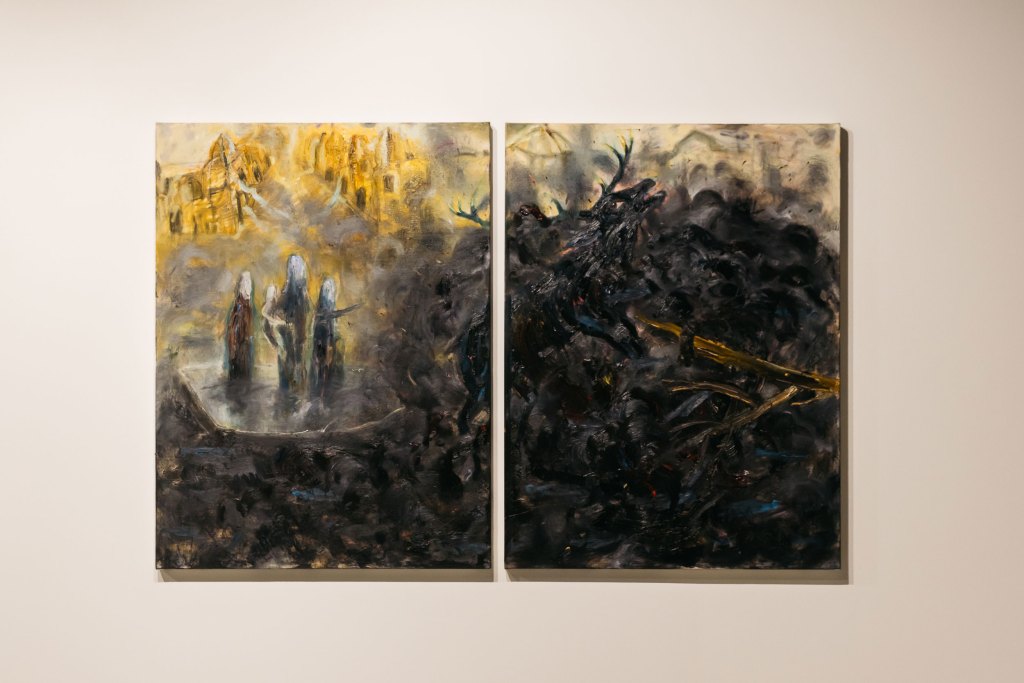 Studying the FUMA European Print Collection meant that O’Boyle was able to expand her doctoral work on Christian materiality. This trip was sparked by the work The maiden protecting two members of a brotherhood, by Agostino Carracci after Veronese (1582). The print shows Mary as a larger than life figure, sheltering under her cloak two men who gaze at her in adoration.

O’Boyle’s video work, There’s something about Mary, is particularly intriguing as it depicts Queensland’s Marian Valley, the site of Catholic pilgrimage. The valley is dedicated to the Virgin Mary and over the years several impressive shrines and chapels specific to different ethnic Catholic communities have been built, offering a tranquil place for reflection and meditation. O’Boyle is fascinated by the Pilgrims’ stories of hope and triumph and how these shrines and chapels interact with the environment.

Alongside the video work is O’Boyle’s sculptural piece, mother wounded , who sees Mary as a protector against the pandemic. The work consists of a large cape of PPE COVID dresses with the various names for Mary sewn into the fabric.

For Haselton, who has been sculpting for two decades, the Collections Project was an opportunity not only to explore these fascinating prints, but also to experiment with the art of printmaking. Haselton was interested in works in the collection depicting human catastrophe and folly, and was particularly drawn to the 1493 book Liber Chronicleor The Nuremberg Chronicle. The Chronicle – structured according to the seven ages of the world, from Creation to the Last Judgment – was the most elaborately illustrated book printed in Europe at the time.

in the After the fall Haselton presents a series of prints inspired by the illustrations of human oddities in The Chronicle. For example work Wink, wink refers to a character whose mouth is so small that he must eat and drink through a straw, and winks to communicate. 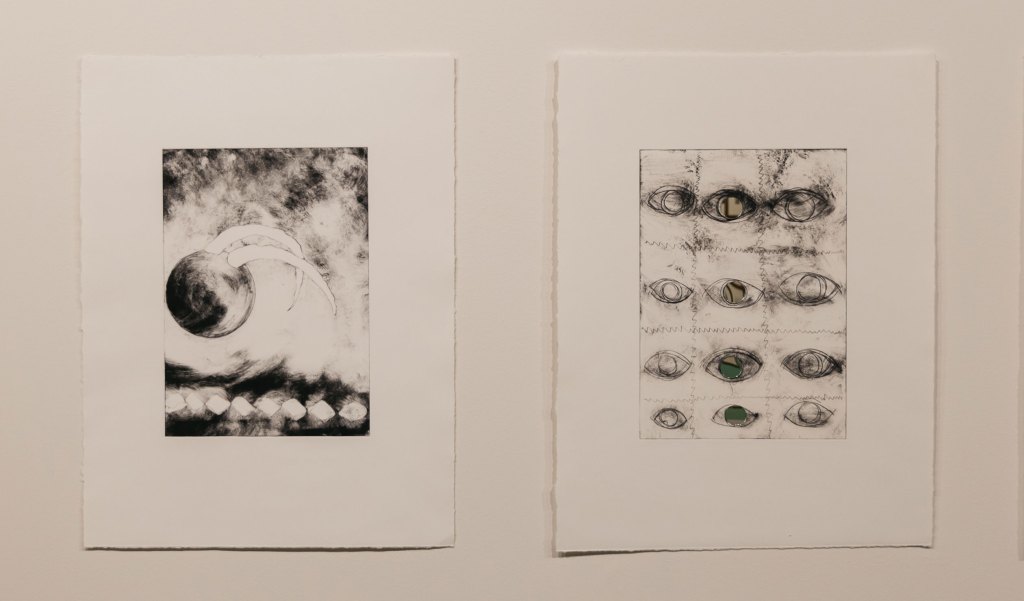 plate 2 and plate 3of the series timeline , by Louise Haselton. Photo: Sia Duff

After the fallis a fascinating exhibition that not only presents new work by three talented contemporary artists working across a range of media, but also brings to light some of the treasures from FUMA’s art collection. The works on display allow the public to revisit and reinterpret some of the signature pieces of the European art collection in contrast to the new works inspired by them.

The Guildhouse Collections Project: After the Fall, part of the 2022 SALA programme, is on view at FUMA (at Flinders University, Bedford Park) until 16 September. An artist talk will take place on August 25th.

Your support will help us continue InReview’s important work in publishing freelance professional journalism that celebrates, challenges and expands arts and culture in South Australia.