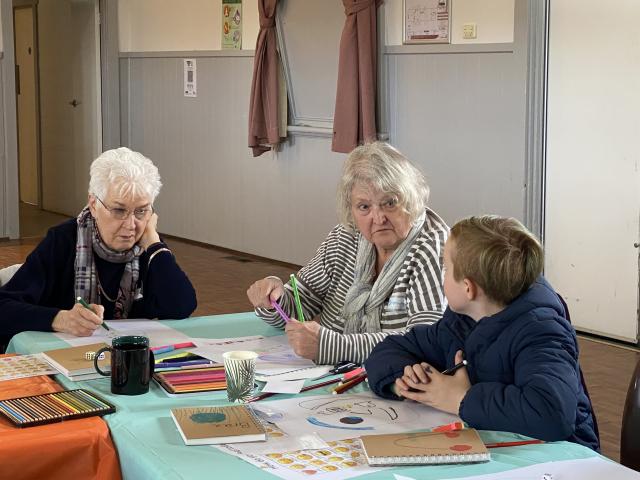 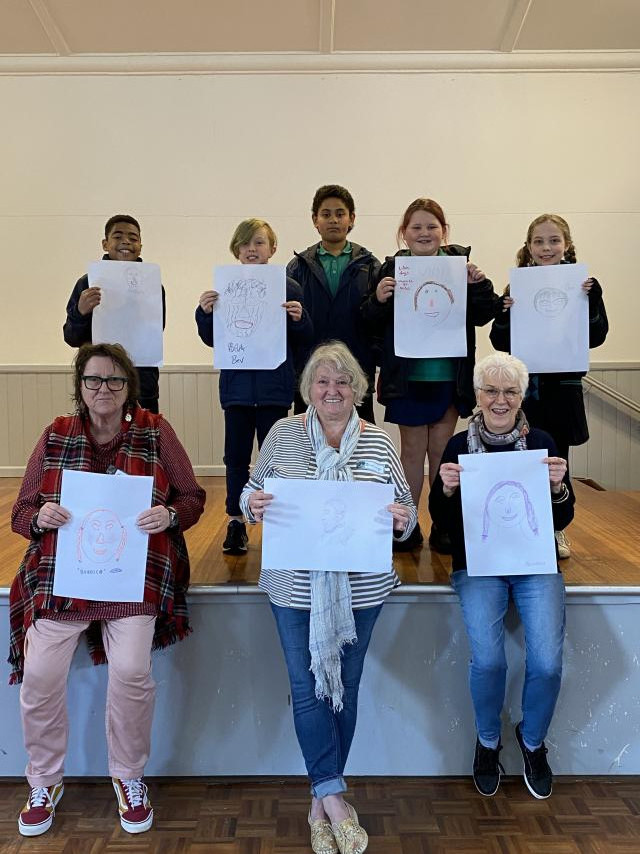 Artists young and old come together to fight ageism and build a diverse public art project to be exhibited in the Boronia community.

The Eastern Community Legal Center’s “My Generation” initiative has brought together fourth, fifth and sixth graders from Boronia K-12 College with over 60s and over 50s Aboriginal and Torres Strait Islander residents to create a to create a collaborative series of artworks and documentaries.

Drawing and painting activities taking place each week as part of the art workshops at Boronia’s Progress Hall beginning Wednesday, July 13 will culminate in a larger exhibition between Progress Hall and Knox Infolink, alongside painted bricks and decorated trash cans.

“I think we’re looking for something really happy and eye-catching to brighten up the space and brighten it up a bit,” said lead artist and workshop host Alisa Tanaka-King.

“I imagine there will be some themes around connection in nature,” Alisa said.

Other common themes that have emerged through joint painting and drawing activities are family, environment and climate change.

“We all work on the same piece of paper, or someone draws something and then passes it on for someone to add,” Alisa said.

“The work of art never really belongs to a person. It reflects elements from the bits of everyone who added them.”

“We did some portraits and we also created some creatures and monsters that everyone adds to,” Alisa said.

And then this week we also talk about symbols and the meaning of symbols and conveying messages and what symbols we might use or might want to look at to use in the graphic.

People also make their own flags as a personal reflection of what they stand for and what they represent.”

Boronia-based mosaic artist Suzy Lyons joined the My Generation project after seeing a social media post about the initiative and thought it would be a great way to get involved in the community after giving her Had owned house in Boronia for 20 years.

“We’ve lived here for a long time and I really enjoy working with children, I was an integration worker for a few years, I worked as an art teacher at a summer camp over in the USA. The thought of working with children again probably intrigued me the most because I love inspiring them and seeing what they can do,” said Suzy.

Suzy said she is “overwhelmed” by how smart the elementary school kids she works with are; Knowledge of major issues such as climate change and the environment.

“The things they talk about are pretty mind blowing, to be honest,” Suzy said.

“It was really fun. And we haven’t gotten the full picture yet, so I don’t really understand how the artwork will unfold outdoors. But as the week goes on, I can see the collaboration of everyone contributing just a small piece to something bigger. And I suspect that will happen.

“I’m mainly a mosaic artist, so I think this is a really interesting process because we drew a lot,” she said.

Lead Artist Alisa said that connecting young elementary school students with those in her community over 50 helps break down stereotypes about how a person in an older age group behaves or what their needs might be.

“There’s not a big conversation about elder abuse yet, I don’t think it’s something that a lot of people aren’t aware of,” Alisa said.

“Ageism and age attitudes have been found to be one of the key drivers, and across all of our communities we see so much age attitudes. even unintentionally.

I have all sorts of preconditioned age attitudes in me that I’m not even aware of, and they’re not malicious on purpose, but they’re there because society tells us so.”

Alisa said since the workshops began in mid-July, children have been asking their older companions personal questions like “How are your chickens?”. or “What was your partner’s birthday?” and older participants recall conversations despite knowing that a particular young student’s inspiration was to become a ballerina.

“If [the children] then see [older participants] On the street or in a store, they’re likely to say hello and connect and take care of their well-being differently than if those connections weren’t made,” Alisa said.

“I think that’s where it’s so important to really involve other people in the community in relationships in an intergenerational way, because that’s going to slowly, slowly change those attitudes.”

A public screening of the documentary “My Generation” with various participants will be shown on August 29 or August 30 (date to be announced) from 6:30 p.m. to 8:00 p.m.