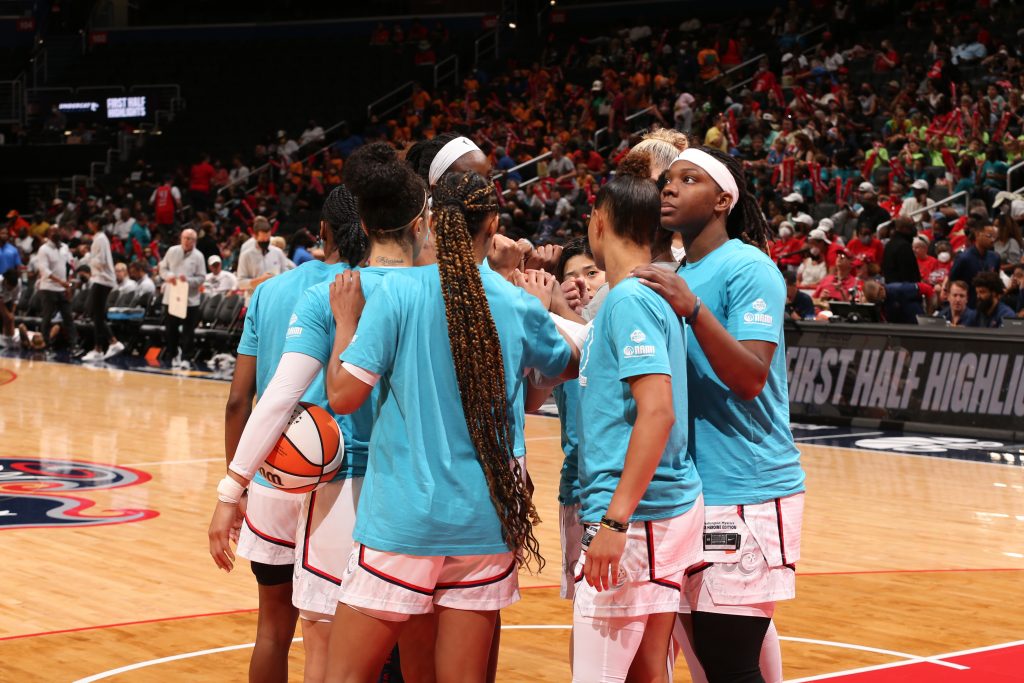 The Washington Mystics kept the spirits high as they defeated the New York Liberty at home. In the only game of the week before a busy schedule, Washington improved to 3-1 since the All-Star break. Not only have the Mystics won their second straight game for four wins in their last five games, but Elena Delle Donne (EDD) was named Eastern Conference Player of the Week for her outstanding play July 12-17.

Now, with three games ahead next week, the Mystics have a week off to start a stretch run of four games in six days. Washington will hit the road at the Dallas Wings before returning to a home game against the Seattle Storm in Sue Bird’s final regular season games in DC With just eight games left in the regular season. Mystics fans can only see their team at home five more times before the basketball playoffs begin on August 17th.

Two-time MVP for a reason

After recovering from injuries, Delle Donne played on this season’s opening day for the first time since 2019 before embarking on a rest and recovery plan to sustain her body through the end of the season. As the season wraps up and the action continues to ramp up, so does EDD. She’s played in each of the Mystics’ last five games and seems to be at her peak at just the right time of year with the playoffs right around the corner.

She was named WNBA Eastern Conference Player of the Week for three games played between July 12 and 17, averaging 22.0 points per game (PPG), 8.0 rebounds per game (RPG), and 3.3 Assists per game (APG) at 55.8% shooting (FG%). ) and an even better 53.3% out of three (3 PT%). She recorded consecutive double-doubles and was named Player of the Week for the first time since 2019. The award marks her 24th Player of the Week award of her career. The Delle Donne Post-All-Star Break Hot Streak not only brings the Mystics back to 17-11 and 2 games from second place overall, but also boosts EDD to 8th place in the league with a 17.4 PPG scoring and up to 6.2 RPG.

Washington went into a midweek game against the New York Liberty in the season series trailing 2-0. While a series win was impossible, head coach Mike Thibault and the Mystics went in to avoid a sweep. While Washington went into Camp Day at Capital One Arena focused, the team got off to a slow start. The Liberty scored the first 12 points of the game en route to a lead of as much as 13 in the first quarter, but the Mystics would not be contested in the early afternoon game. Washington leveled the game in the second quarter before halftime ahead of a 10-0 run at 23. From trailing 12-0 with 6:50 left in the first quarter, the Mystics beat the Liberty 59-34 over the next 26 minutes and won the game 78-69.

Eight players scored for Washington, including six with 6+ points and three in double figures. As usual, Ariel Atkins reached double digits with 16 points for her 26th game with 10+ points, league-highs. She improved her average to 14.8 PPG while adding six rebounds and a steal. Myisha Hines-Allen was essential with 13 points and eight rebounds off the bench. Delle Donne has also made her mark by recording 25 points, three rebounds and three assists at 8/14 FG and 50% 3PT% to add her Player of the Week honors. She’s averaged 22.8 PPG and 23.4 RPG over the team’s last five games since the break and should be considered for season-ending MVP.

The Mystics totaled 18 assists from 29 baskets and stole eight Liberty turnovers to win the turnover bout 15-11. Adding to New York’s 35-32 outrebound, Washington won the points in the paint battle 38-30 to improve to 16-5 as they outplayed their opponents in the paint. The Washington defense also did its job as the second best defense in defensive rating with a 94.3, just 0.4 behind the Seattle Storm. The squad held New York to just 69 points and improved to 9-0 when holding opponents under 70 points.

The Mystics are taking a one-game break after a week. The six-day hiatus is the longest hiatus the Mystics have received since the season and the longest they will receive until the end of their season. Washington will return to action in Dallas for his third and final game against the Wings. In two previous encounters, both teams won on each other’s home floors, but the Mystics go into the game 17-11 in fifth place, three places ahead of Dallas (11-14).

After the crucial game with the Dallas Wings, Washington meets Seattle twice at home in Sue Bird’s final games of the regular season against the Mystics. Washington is trailing the season series 0-1 after failing nine games ago in Seattle on June 23. Since then, Washington has held a 6-2 record and will look to come out victorious against Sue Bird and in the 2022 regular-season series with the Storm.