That NY farm girl want to show the world what modern dairy farming looks like.

Frustrated by the narrative that portrays dairy farmers as cruel and ruthless, the three sisters — Evelyn, 23, Claudia, 21, and Jojo Leubner, 17, — use their social media skills to show their everyday lives, according to Marietta, the New Yorker dairy farm.

The sisters, part of the Gen Z generation who have spent their entire lives online, opened accounts on prominent platforms such as in Instagram, Tick ​​tock, Facebook and youtube. Their goal is to share their farming experiences in hopes of dispelling misconceptions about the dairy industry — or, as the NY Farm Girls reports put it, “AGvocating” for its farming practices.

“We scrolled through social media and realized that there are so many bad things about farming, especially dairy,” says Evelyn, the eldest sister. The trio didn’t see any content that reflected how they, as farmers, tend to their cows and crops, or the amount of work they put in to ensure both thrive.

“We said, ‘Wait, we farm every day. All those bad things in farming, especially dairy, don’t happen,” says Evelyn. So the sisters decided to use all of their cow and grain pictures and in 2015 started posting regularly on Instagram to shatter the “all dairy farmers are evil” stereotype they kept encountering online.

Her following grew slowly at first. It wasn’t until a few years and a TikTok account later, in 2019, that the sisters noticed higher engagement. Viewers can see how the young farmers look after their livestock, plant and harvest crops and operate machines. But they also get an insight into the life and thinking of the sisters outside of agriculture. The girls aren’t shy about making personal contributions, like videos offering a glimpse into Evelyn’s recent wedding, as well as candid responses to the negativity they sometimes encounter on social platforms.

As with most viral content around the web, the sisters tap into social media trends, but they also show off daily chores around the farm. With heartfelt, often vulnerable captions about the inner thoughts and feelings of three women who work on a farm, the sisters have built a core group of followers. Now the NY Farm Girls have almost 150,000 followers on Instagram and more 650,000 followers on TikTok, along with a popular YouTube channel and even their own line of merchandise.

Each sister has her own niche on the farm that her fourth generation family has run for around 100 years, as well as online.

While all three started farming at an early age by helping out in the calf barn, their roles on the farm have evolved. Evelyn, who majored in Animal Science at SUNY Cobleskill, has a knack for cows and words. She works as one of the herd managers and takes care of pretty much everything related to the health of the 500 cows on the farm. In effect, she is responsible for much of the writing that goes into each post. 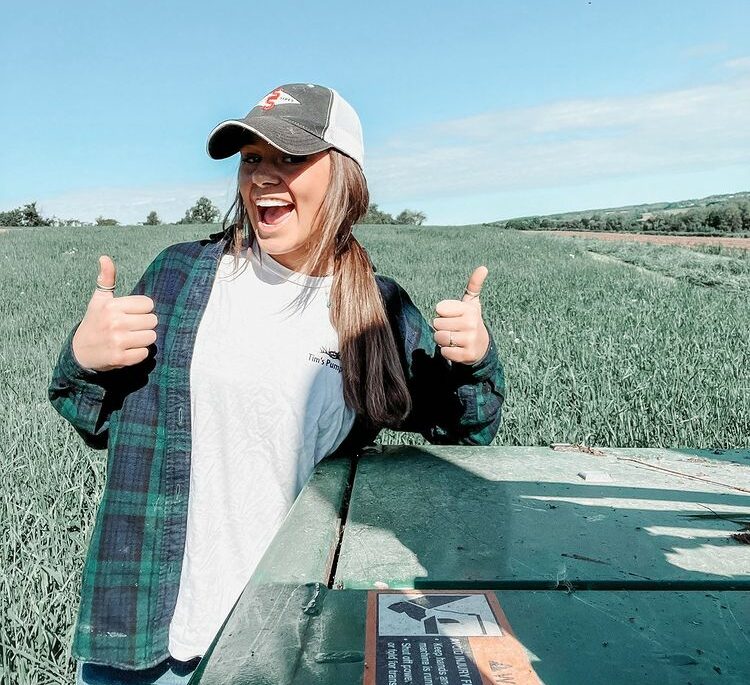 Claudia is in front of the camera and on plants. Convenient talking on the screen, you will often see them in YouTube and TikTok videos. She focuses on field work—including 1,800 acres of wheat, soybeans, hay and corn—planting and harvesting and growing pumpkins for the family’s agritourism business, a 70-acre pumpkin patch down the road from the main farm.

The youngest, Jojo, is a junior in high school. But that doesn’t stop her from being an active member of the farm, where she works as a calf manager, overseeing feeds and helping with posts for the sisters’ social media accounts. 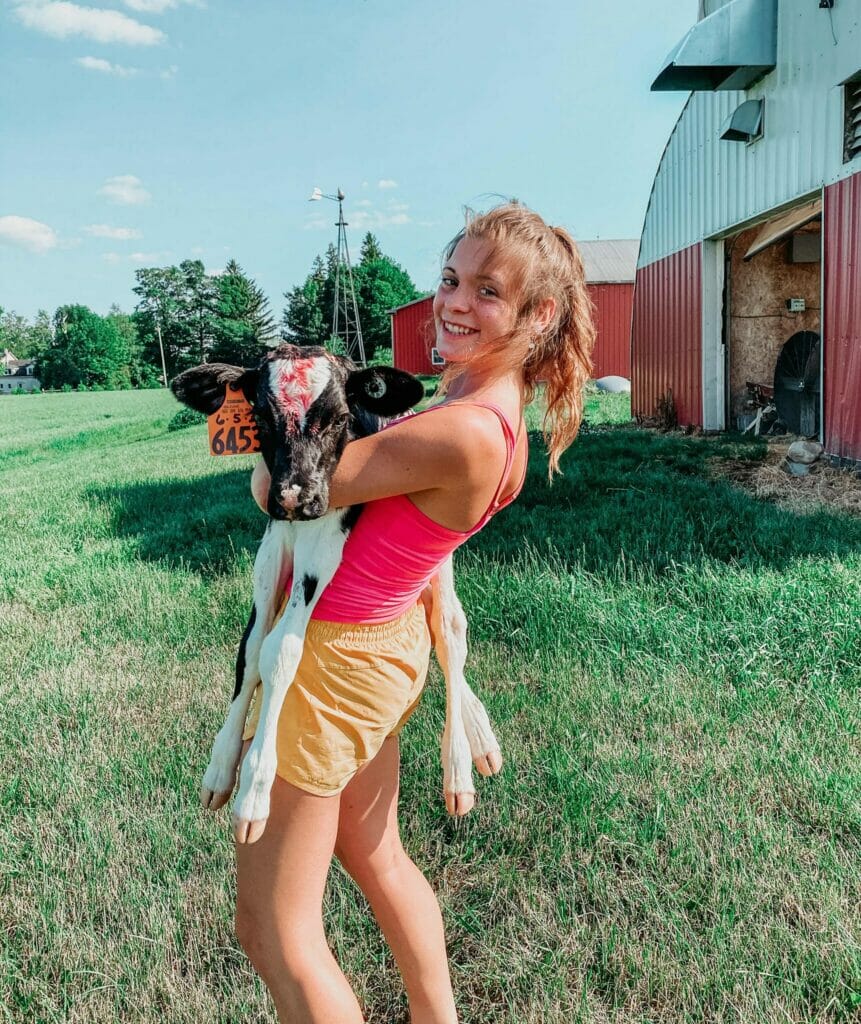 Just like farming, running NY Farm Girls has its rewards and challenges.

A big part of the sisters’ mission is to pull back the curtain and show people what’s behind the products they consume. “Showing people the reality of dairy farming is tremendous,” says Evelyn. “Changing people’s minds and getting comments like ‘Oh, that’s how milk is made’ or ‘Oh, those cows are treated well’ and just having an impact on people who aren’t sure about farming , is my favorite part.”

The NY Farm Girls are also grateful for the community they have found online. “When you’re in the farming world and you’re always on the farm, you feel a bit isolated,” she says. “But online you can see that a lot of farmers feel the same way as we do, and you feel a lot less alone.”

As for the future for farmers and their accounts, they hope their following continues to grow as they do. “I know that many younger people follow us because they identify with us,” says Evelyn. “As we grow, we just want to keep building our little community on social media, sharing more, and continuing to educate people about farming.”