Quit a day job to develop his own game

Coming from a UX background, Jacob has spent a decade designing things for web and mobile apps. Since game development is a different field, he had to learn many aspects of it from scratch. So it wasn’t an easy ride at all.

“I really had no intention of tackling a project like this, it just kind of grew over time,” he recalls beginning the game development journey that led to Prospector.

Farny made some prototypes with GameMaker back in 2018. This is when he wrote the first lines of code to create a 2D platformer. But like many other aspiring developers, he eventually abandoned the project and became apathetic towards it: “I still enjoy a good platformer, but I’ve found that platformers aren’t the kind of games I’m interested in.”

I don’t have a background in computer science or game design or anything, so the first year was very humbling, but there probably came a point in late 2019 when I wasn’t constantly watching tutorials to figure out how to make something. It was quite an amazing feeling and I started to allow myself to dream a little bigger.

Luckily, Farny didn’t give up game development after the first attempts. The most important change happened during the pandemic when he decided to take a more serious approach and finally turn his ideas into a commercial game.

“I was almost entirely remote at the time anyway and working on my game felt like a good way to keep myself mentally afloat, so I just decided it was time to quit the day job and this one gamedev thing full-time for a while,” says Farny.

He’s currently working on Prospector, a project he describes as an exploration and simulation game in a sci-fi setting with base building and crafting elements. 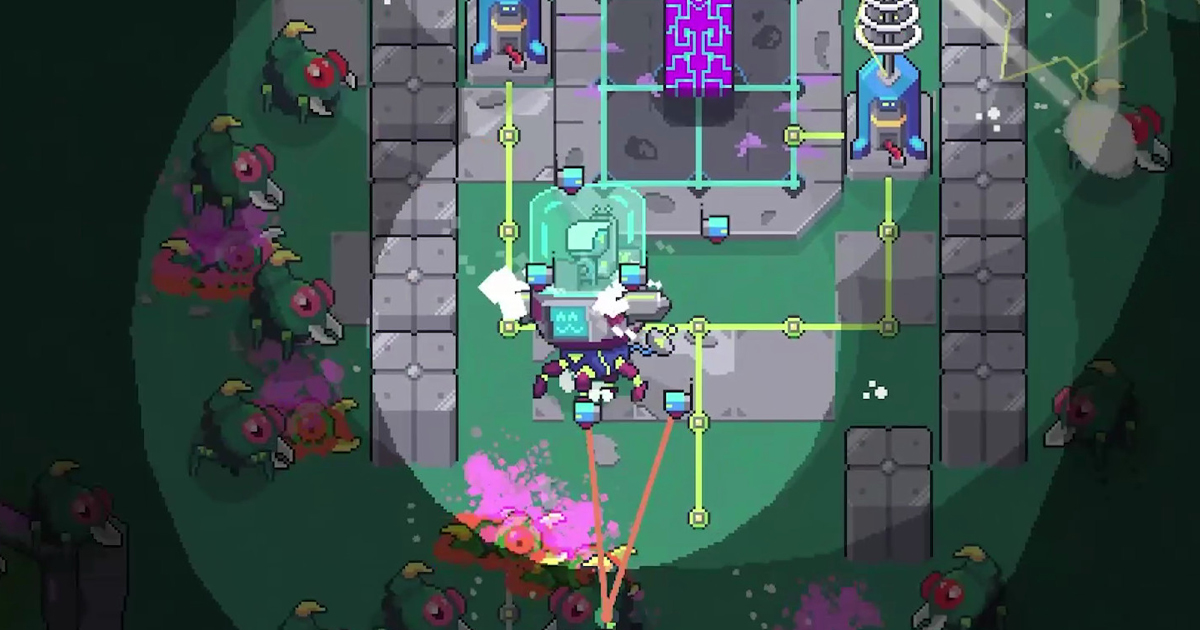 Giving players a blank canvas to paint their own picture on

As a fan of simulation and building games, Farny is also an advocate of a more casual approach. With Prospector he wants to make a complex game that is still “easy to pick up and put down”.

I think nowadays there are so many ways to spend your free time and I don’t want people to get upset that my game is another thing that they need to start and find time to finish. I’m very short on time myself, so I try to design experiences that have a low barrier to entry but still require some thought while giving the player the opportunity to create their own story.

Despite growing up playing PC games in the late ’90s, Farny has been a console gamer for years. “It wasn’t until my boyfriend helped me build a computer in 2019 that I saw how vibrant the indie PC gaming scene was,” he recalls. “That’s when I first started playing a lot of simulation games like that.”

astronomer and collector, two indie hits in the open-world survival/crafting genre, became Farny’s biggest inspiration for Prospector. So he decided to put his own spin on the ideas behind these two games: “I’m trying to borrow exploration ideas from Astroneer while designing simpler progression goals like the ones in Forager.”

“My goal is to find a balance between these two experiences, which I think will result in something unique for fans of both games,” he explains.

Speaking of the genre in general, Farny notes that he loves figuring out how multiple systems and mechanics can work together to create a unique experience. It’s what he thinks makes survival and crafting titles shine.

For the most part, they’re not precision games. It’s more like a blank canvas to doodle whatever you want on. The game’s various systems work according to fixed rules, and the player must learn these rules and then plan accordingly. It’s a really rewarding experience for many people, myself included.

The game’s plot was heavily inspired by a 2018 sci-fi film called outlook, which many praised for its world-building. It tells the story of a young girl and her father mining for gems in a toxic forest that grows on an alien moon.

“I love sci-fi experiences that are a bit dingy, where the narrative focuses on everyday life and not a hero’s journey,” says Farny. “I saw this movie and thought, yes, a space-age gold rush is an interesting narrative where things are a bit fantastic, but still based on an accessible narrative.” 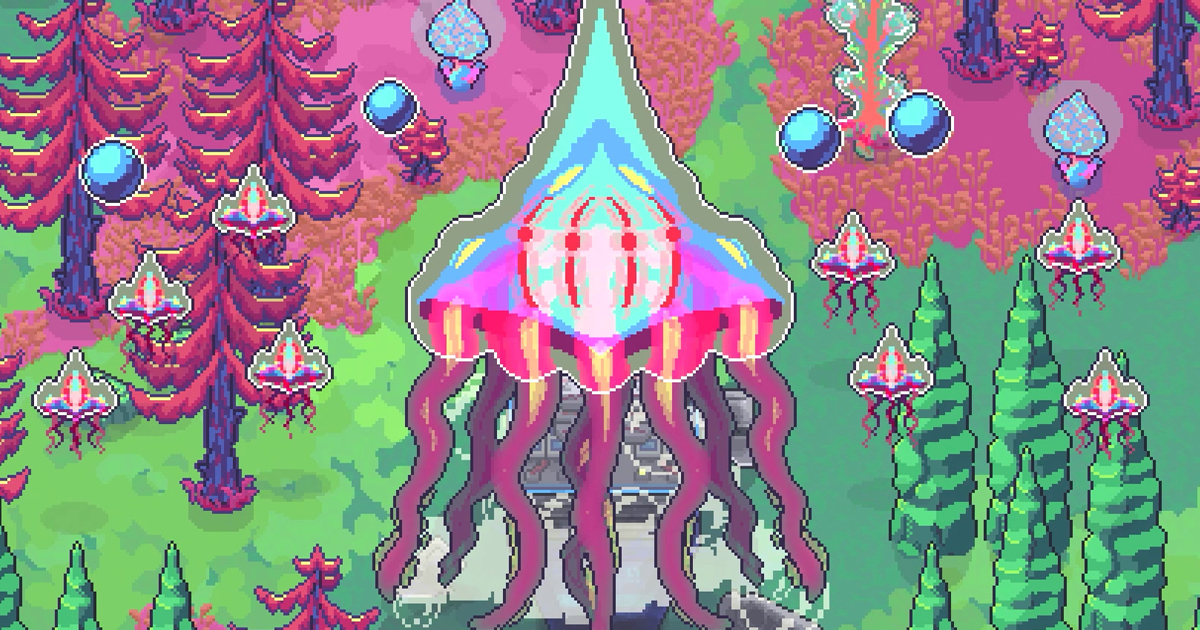 Build processes and learn to work without a team

Farny creates Prospector alone and does all the code, game design, and pixel art. He does most of his work in GameMaker Studio 2 and Aseprite while using free sound libraries for sound effects and music.

Farny says he decided from the start to focus on 2D pixel art, so the choice of engine was pretty obvious. “I really love GameMaker because it’s fast and reliable,” notes Farny. “It’s also primarily designed for 2D projects, so all these other 3D things don’t get in my way.”

It’s not that I can’t envision a future where I would work on a 3D project or try a different 2D style, it’s just that there are limited hours in the day and the learning curve for some of it very steep becomes tool. I like pixel art for the same reason that many other developers do. It has a very low barrier to entry but a very high skill cap, and once you get the hang of it and develop a style, you can make art pretty quickly.

Learning all these tools alone was not easy. Farny says he gets a lot of coding help online and gives a big thank you to the GameMaker community on Discord: “There are some really selfless people over there who are constantly helping people with their projects. It has gotten to the point where some of them will definitely be included in my game credit.”

But not having teammates has been the biggest challenge so far, says Farny. He realizes that development would have gone faster if someone else had helped him with Prospector. The solo approach, on the other hand, has its advantages as it can come and go with the project at any time.

“I enjoy the freedom of it and it’s not something I take for granted,” notes Farny. “I’ve spent my entire professional career working in small teams and I could very well see myself returning to this mode to develop a game, but for some reason I’m just not interested in working with a team on Prospector to work. Who knows what the future will bring, but right now I’m very happy to be able to do it on my own.”

When it comes to managing his own work, Farny prefers the Kanban method because it gives him flexibility without a lot of overhead. “I borrow some concepts from agile development, like retrospectives, where I usually reflect on my work at the end of each week,” he adds. “Those are really important because otherwise I just keep working and working and keeping my head up to make sure I’m still moving in the right direction.”

As a solo developer who has never released a commercial game before, there are a lot of things I still don’t know and it becomes quite difficult to estimate how long certain tasks will take. It can be really daunting to work on something for a week, but it turns out to be a month.

Game development and burnout are two things that are unfortunately inextricably linked. It’s not just about physical or mental exhaustion, but also the risk of completely losing passion and interest in making games.

After leaving his regular job in 2020, Farny worked full-time on Prospector for almost six months. “It was a blast and a totally unbearable pace,” he recalls. “I was burned out and couldn’t work on the project for months. I couldn’t even look at it and told people I wasn’t going back to Prospector.”

Farny finds burnout to be the biggest challenge for any long-term project: “It’s so incredibly difficult to regain motivation and confidence once it’s gone.”

I think it’s a constant struggle in my head to be realistic about what I can do with the time I have. There’s the big dream of a game that I want to make, and then there’s the time and skills that I have. It’s good to reach for those proverbial stars, but I have to remember to look at my feet every now and then.

There is still no single solution that can help you deal with this feeling. What worked for Farny was that he took a break and landed a few UX deals while trying to learn traditional drawing, concentrating on character design.

“Eventually my inspiration returned and I’m working on Prospector again, but my relationship with the project has changed tremendously,” he says. “It was a really tough time, but my wife helped me through it and I can honestly say I have a very healthy relationship with Prospector these days. It’s fun to work on again, but it feels a lot less valuable to me.”

This helped Farny learn how to manage his time and work hours to prevent future burnout. The goal is not to completely engross his life in the game, so he tries to stop working weekends and having other projects and activities. 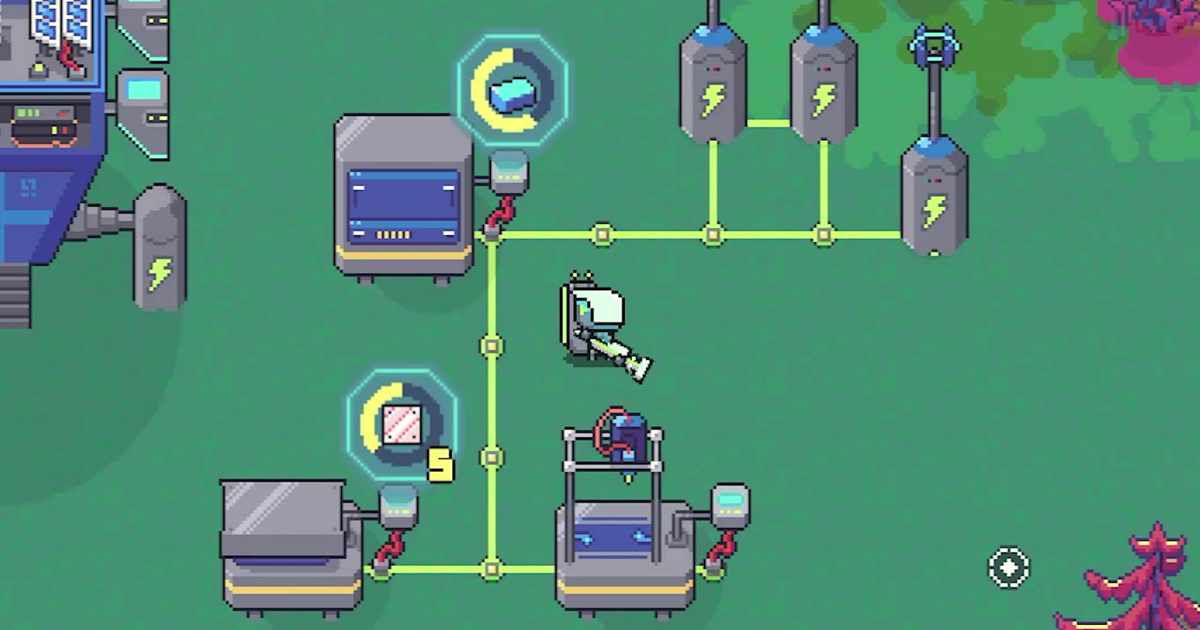 At the moment, Farny continues to move on his own and does not plan to seek additional funds for the game. However, he might need some help in the future.

“I want to work with artists to create illustrations and marketing materials, and I also need help with music and sound effects,” he says. “Also QA tests. Maybe I’ll think more seriously about my needs once I’m out of an alpha build.”

Prospector is slated for release in 2023, so Farny still has a lot of work to do. We’ll see what the next chapter of this indie journey has in store.