sup hopes to reopen on August 8th. A sign on the door says the restaurant would be closed for a “shop refresh” from June 27 to July 5, but it’s still closed. “We took the opportunity to perform much-needed equipment repairs and a system update, but delivery and labor issues made the process a little longer than expected,” said owner Claire Santos. “The staff is preparing for the reopening and is in training.”

Remedy Brewing Co. added a late night menu for the weekend. After the kitchen closes at 9 p.m. on Fridays and Saturdays, customers can get personalized pizzas, pretzels, fries, and salsa until 11:30 p.m 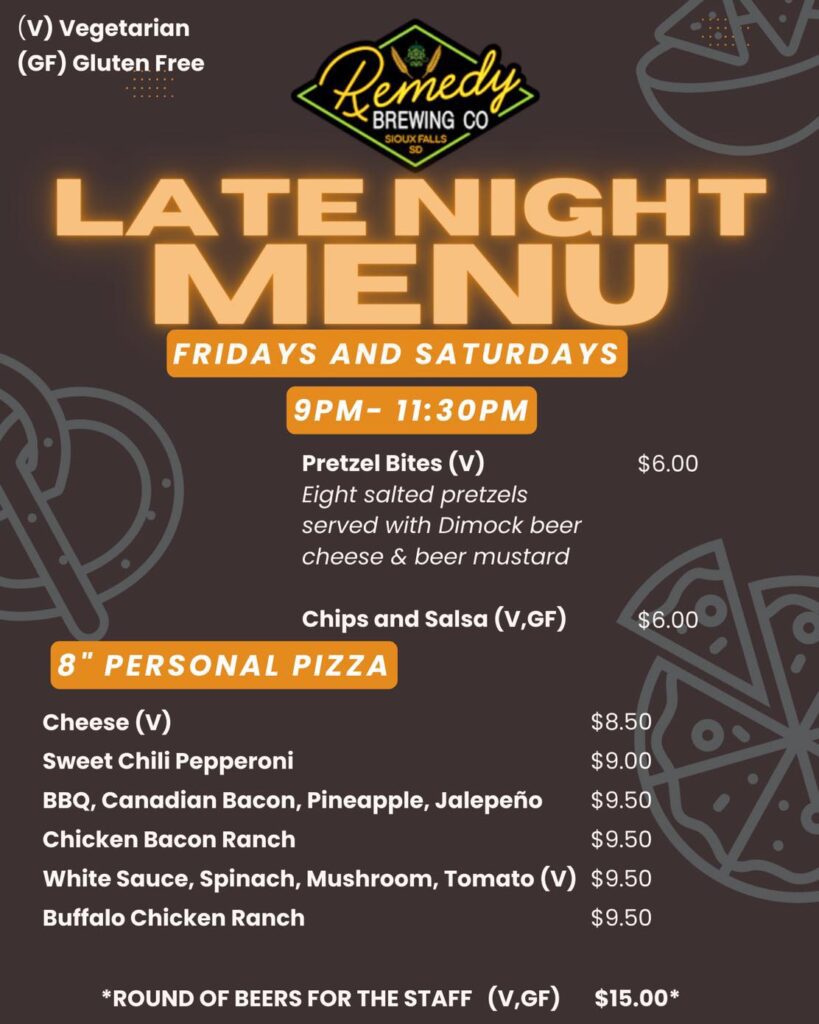 Kabab King trying to win some late night business with a trial run of new hours. Starting this weekend, the drive-thru will be open on Fridays and Saturdays from 9:00 p.m. to 4:00 a.m. Owner Moe Fares said he will remain open every weekend as long as demand is there. Full menu of kebabs, shawarma, gyros, falafel, chislic, burgers and more will be available. 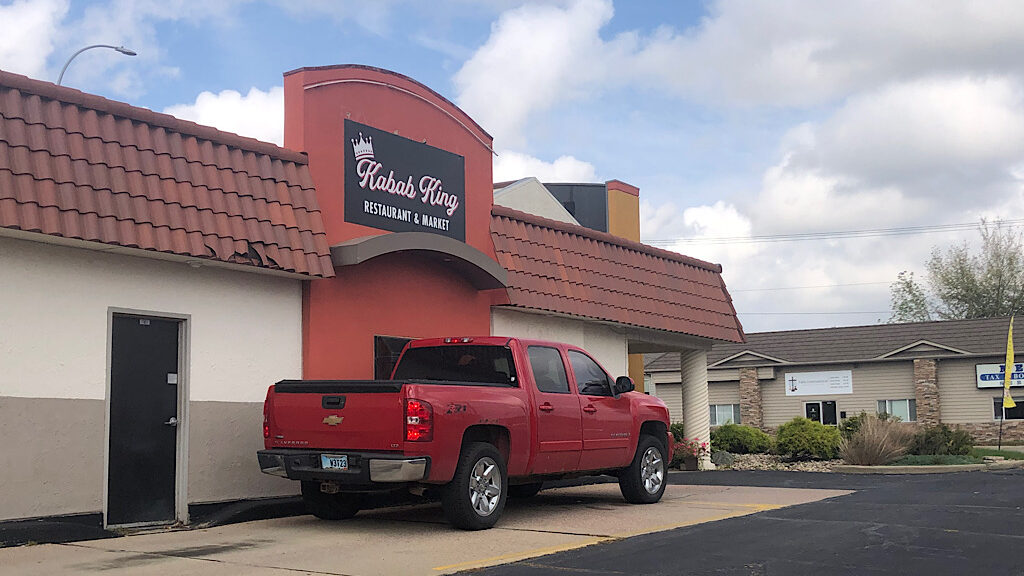 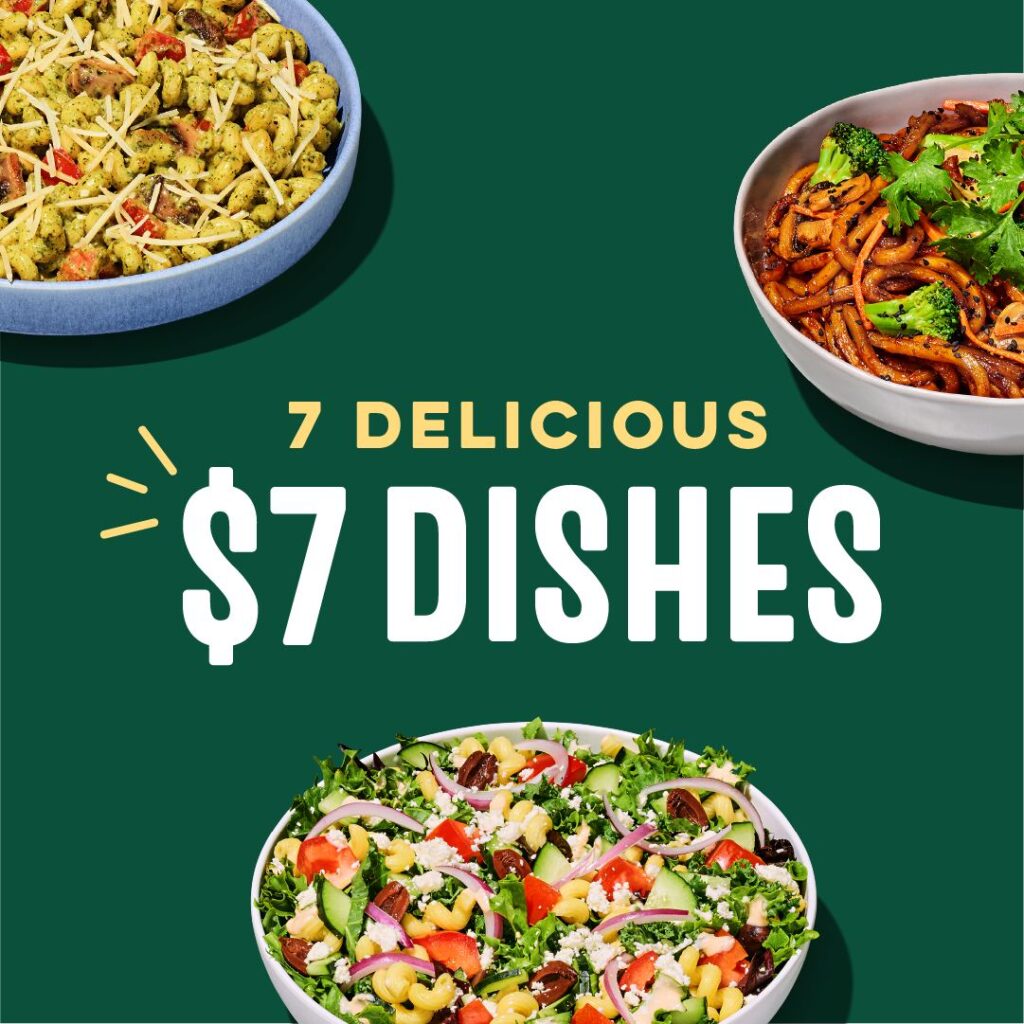 Teriyaki madness created the 4 pack to make meal planning easier with a discount. Get four regular-sized bowls — two Chicken Teriyaki, one Orange Chicken, and one Spicy Chicken — for $37. It’s only available when you order in the app or online. 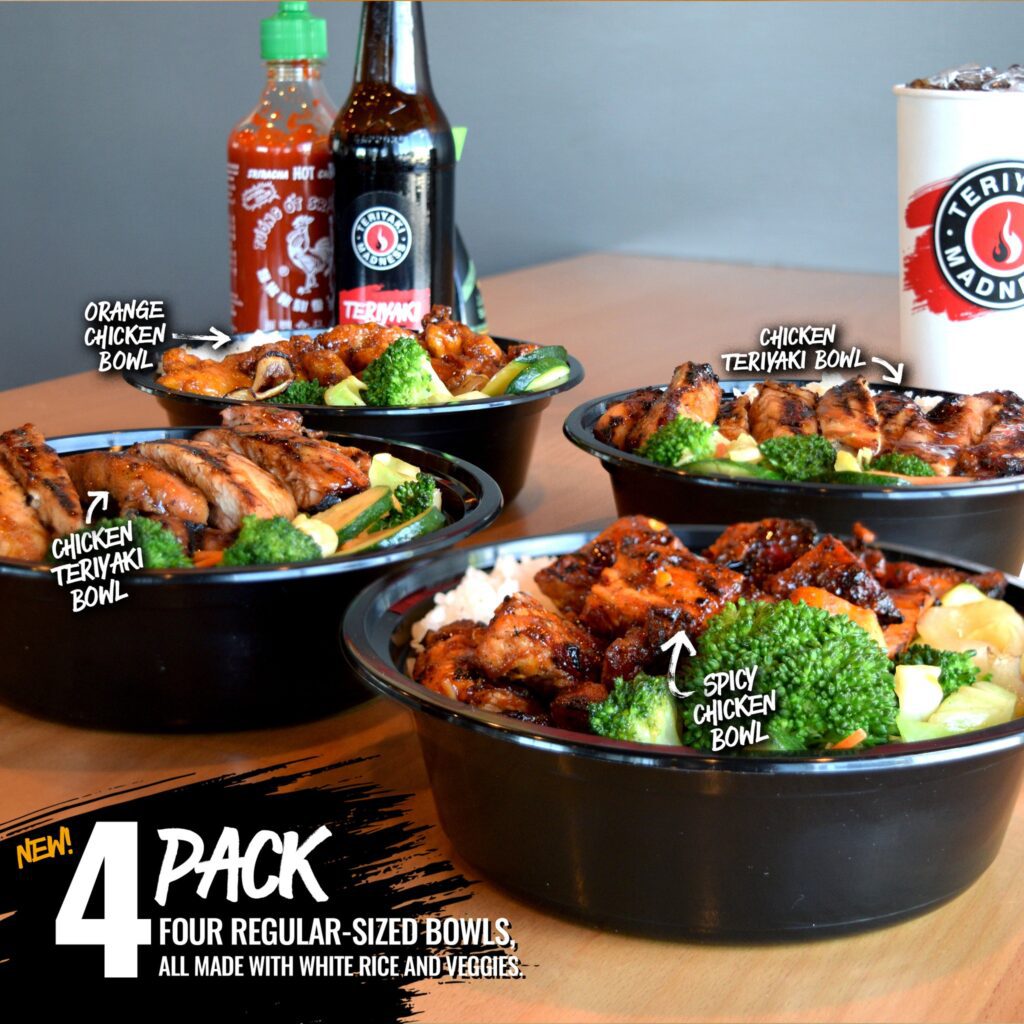 Fred’s Franken moved from a hot dog truck to a trailer. After battling the elements since opening last season – losing three umbrellas to the wind this year – Donna Cutrer and Mike Blewett decided to trade charm for comfort. It also means they can work longer hours in season and expand their menu. With the extra space, they add grilled baked beans and coleslaw as side dishes to the hot dogs. This fall they plan to add a flattop grill and deep fryer and expand the menu even more. You can find them in the car park outside Kingbird Coffee Shop in Brandon Tuesday to Friday from 11am to 2pm.

The drive-thru opened on the new SoDak Soda. Located along 85th Street west of Western Avenue, the gourmet soda bar encourages customers to come in if it’s their first visit so they can take time to peruse the menu and ask questions. It’s also a good idea to go in if you’re ordering more than three drinks or buying a pretzel, as it takes several minutes to warm up. 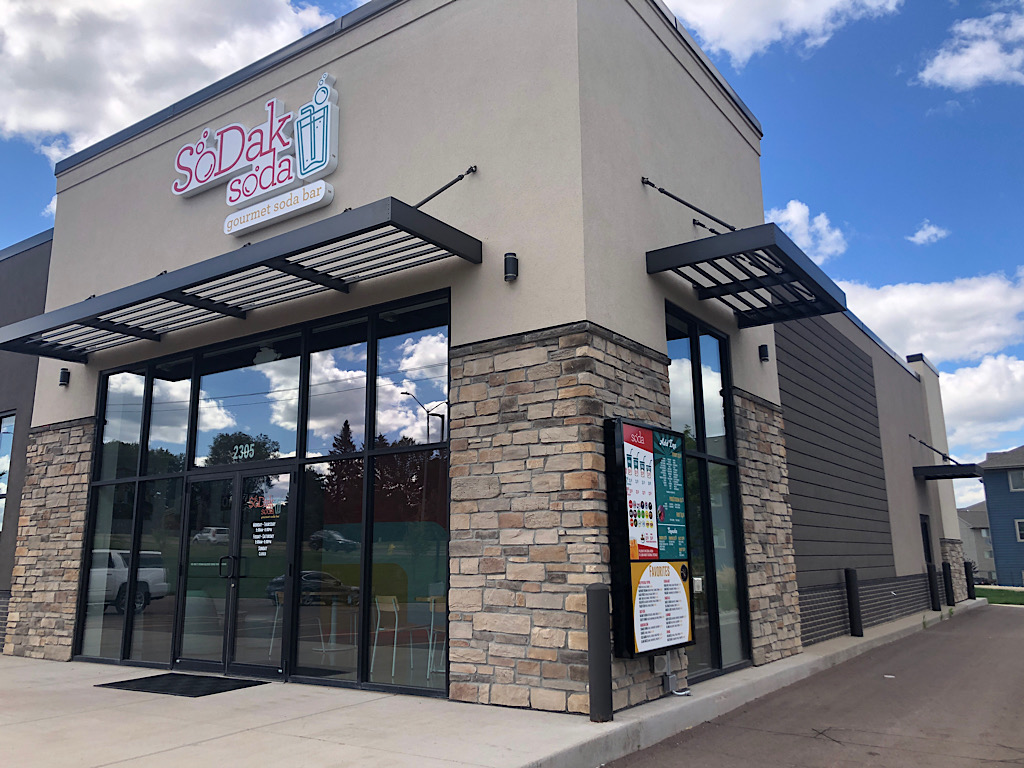 fazolis has two new entrees as part of its annual Ravioli Festival, which lasts through August. Garlic Chicken features four cheese stuffed mezzaluna ravioli with alfredo sauce and parmesan garlic fried chicken baked with mozzarella and parmesan panko breadcrumbs. Philly Cheesesteak consists of thinly sliced ​​steak, red and green peppers, and onions stacked atop ravioli that are topped with a hearty creamy beef sauce, then baked with provolone and mozzarella cheese. For dessert, Fazoli’s offers one of the top 20 best-selling cheesecake flavors at The Cheesecake Factory: cinnamon rolls. 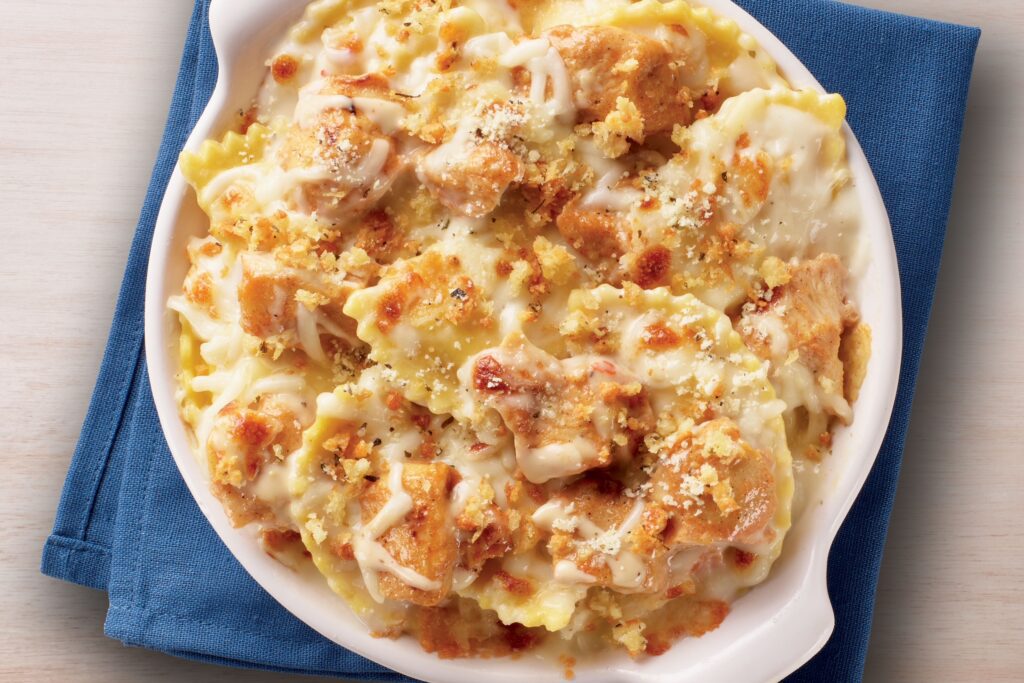 Get a free coffee or other drink on Saturdays around Dunn Brothers coffee as part of Paws & Paintings. Simply donate cash or a wish-listed item to the Sioux Falls Area Human Society, or purchase artwork from Edward Eich. The artist will be painting at the store at 5320 E. Arrowhead Parkway from 9:00 am to 1:00 pm 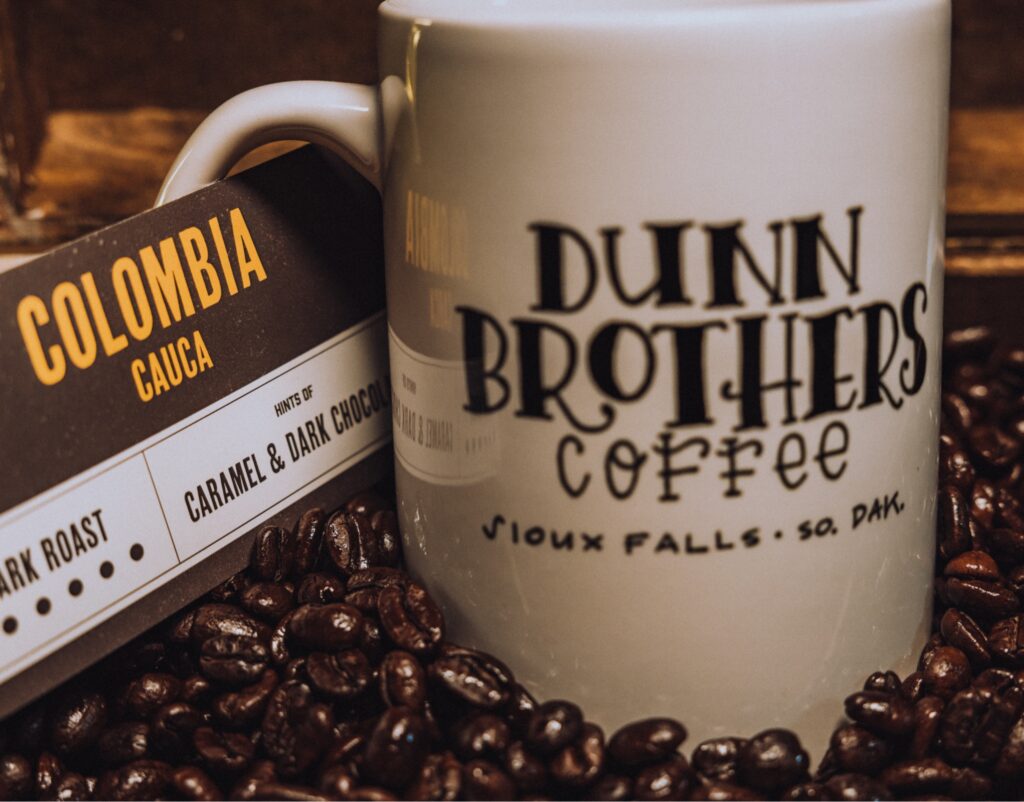 On Saturday, walk your dog and enjoy local beers as part of B-Squad Dog Rescue’s second annual Pup Crawl. Stops from 1pm to 7pm included Severance, Remedy, WoodGrain and Bread & Circus. The crawl ends at 7:00 p.m Hidden Artisanal Ales & Cellars, where a raffle and a silent auction take place. Several dogs available for adoption will be present. Tickets range from $50 to $70 and you can register either online or in person at Covert from 1pm to 4pm 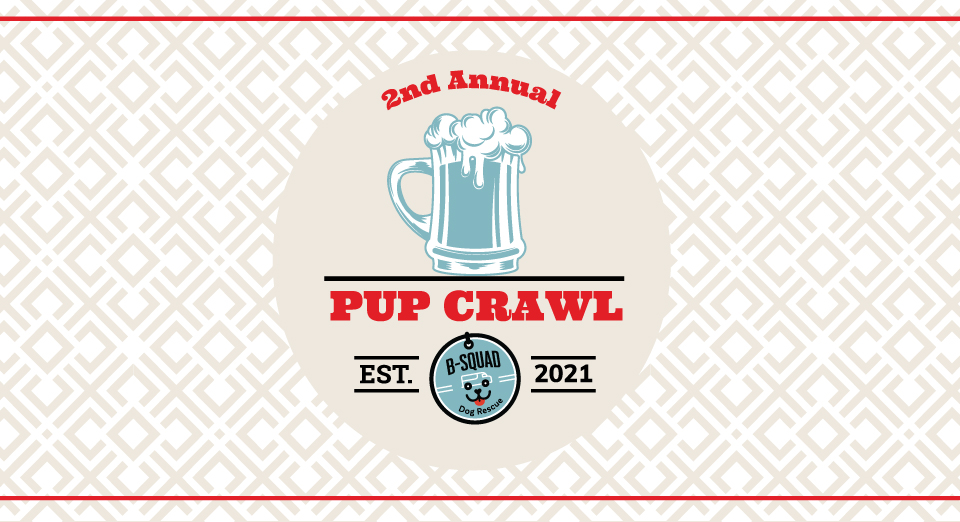 Covert artisan sales & cellar was ranked the #1 brewery in South Dakota by Brewery Stars. The online ranking takes publicly available beer and event ratings and consolidates them into what is known as the Brewery Stars Meta-Rating. “If guests consistently like a brewery’s beer and enjoy the experience of visiting the taproom, the brewery will do well in our ranking.” Completing the top 5 were Lupulin, WoodGrain, eponymous in Brookings et al Lost Hut in Rapid City. Visit BreweryStars.com for the full list. 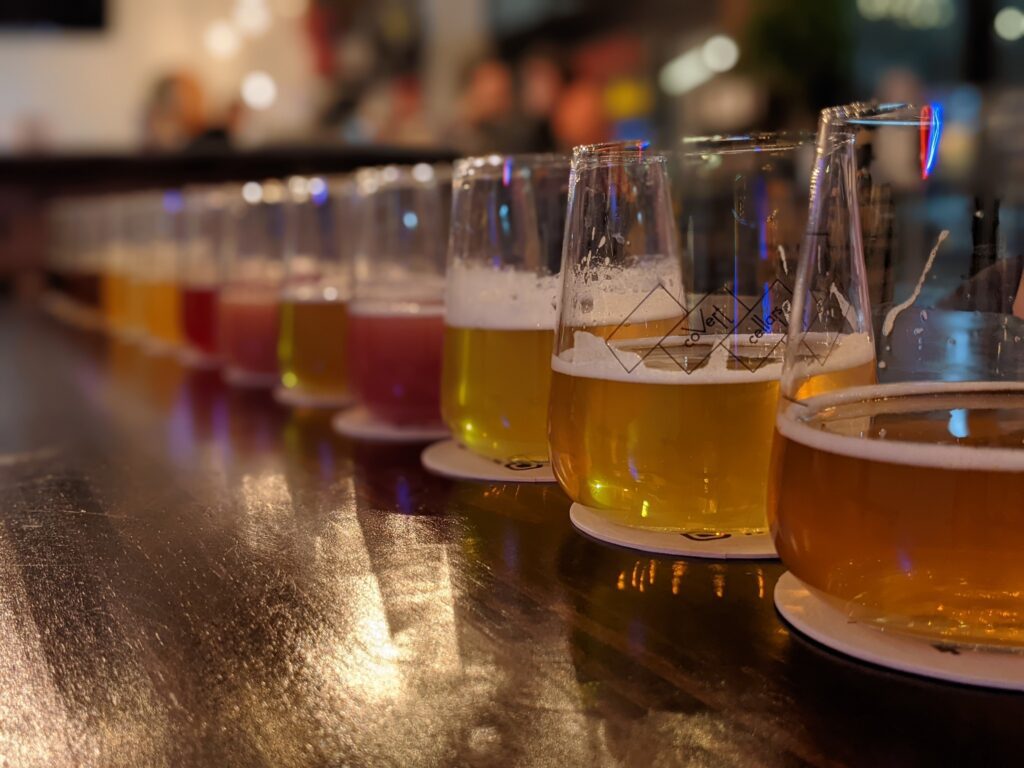 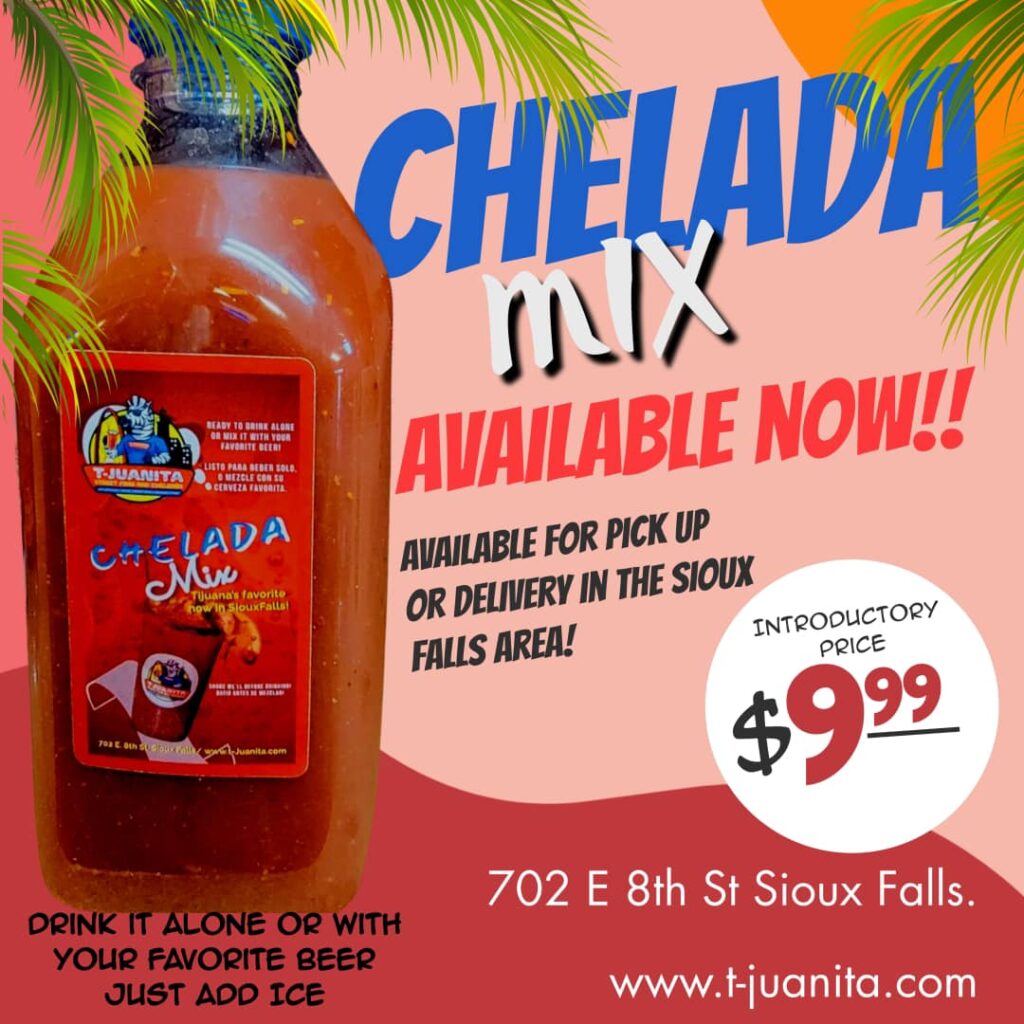 And here’s another new to-go article: Murph’s Burger & Fries sells its signature bacon jam for $15 per half pint or $25 pint. 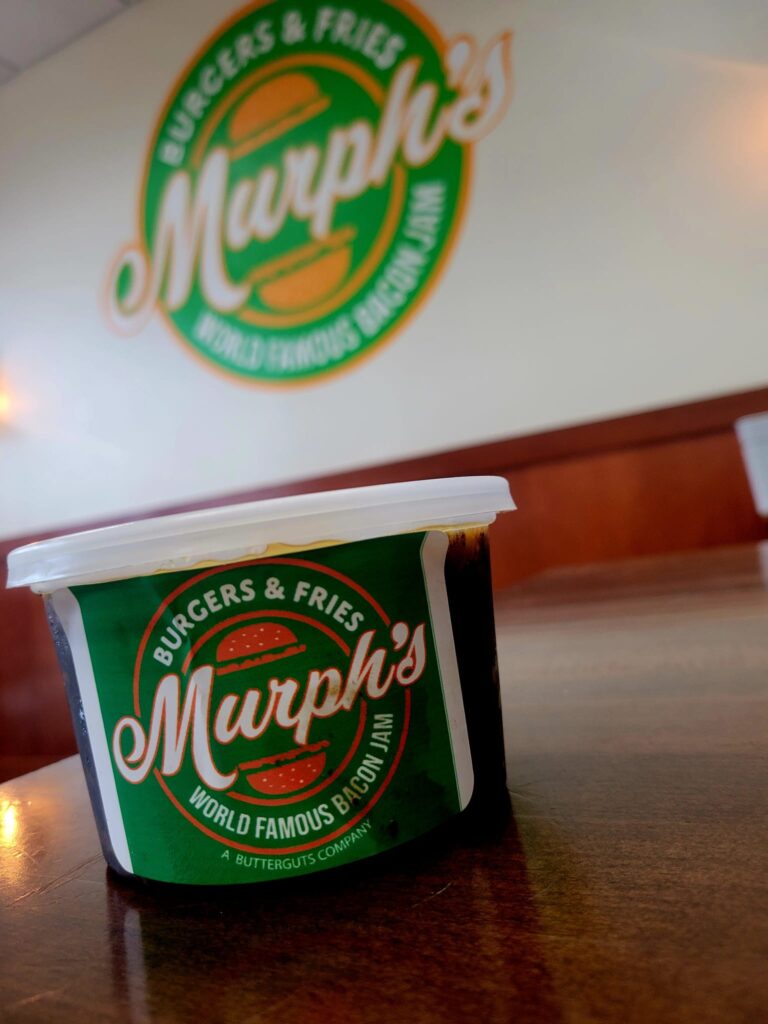 Here are more food and drink headlines from the past week.

As The Cookie Jar celebrates five decades, the owners are building a family-like following